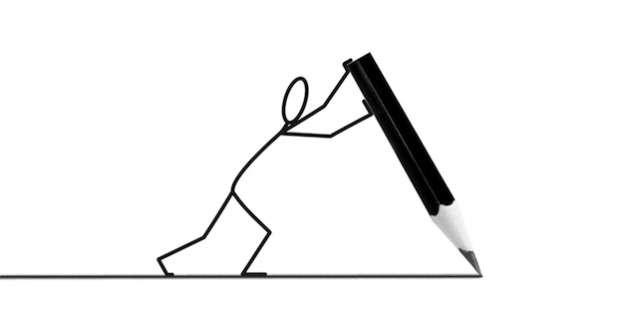 I just got the first round of comments and suggestions back for my debut steampunk novel, The Exile’s Violin. This is super exciting and scary at the same time. On the one hand, the initial feedback I got in the email with the manuscript notes was good. The word “riveting” might have been used in the first sentence. So yes, that’s always positive.

Still I haven’t opened the marked up manuscript file yet. I’m kind of scared to do it. I mean before I read the email, I was afraid that my editor was going to read my manuscript and think, “Bleh, why did the company agree to take this mess on? This isn’t worth publishing.”

I mean that didn’t happen. And besides, if an editor really thought something was that bad, then my manuscript probably wouldn’t have been good enough to get accepted and to this point anyway. So that fear is just irrational. I know.

So why haven’t I opened the file yet? I don’t think I have “Editor-Phobia” as outlined in a guest post by Muffy Morrigan on Christine Rose’s blog. I’m not afraid that my editor is going to completely cut my voice out of the story. No, I think the thing I’m worried about the most is that I have an irrational fear of my own writing.

I don’t like the sound of my own voice on recordings. And similarly, I don’t like rereading things I’ve already written and revised on my own. And finally, despite all the advice that says to do this, I also hate reading my stories out loud. For some reason just thinking about reading things I’ve already written makes me cringe. It’s something I have to get over. If I want to keep growing as a writer, I know I’m going to have to learn to look at my works with a more critical eye.

Well if there was ever a time to toughen up and just get to it, this is it. My book is an actual thing that is being published. It will be a product people can buy and read. But if it’s going to get to that point, I got to take this first step. Who knows, it might end up being fun, and undoubtedly it’s going to make The Exile’s Violin stronger.